From will writing to care planning, we take care of the big things in life.
Let us help you plan for the future.

Welcome to Will and Probate Services Harrogate

Based in Pannal and covering Harrogate, Knaresborough and Ripon, we offer a comprehensive set of Estate Planning Services.

For the writing of a will or a set of mirror wills, we will discuss with you the key points to include and can store the Will documents for you securely if you wish. Our other estate planning service cover Lasting Power of Attorneys, Funeral Planning, Trusts and Inheritance advice. Many our clients have specific circumstances such as blended families, special needs requirements or long-term care, so we take the time to get to know you and your needs. This enables us to create a tailored, bespoke service which fits the needs of you and your family. Please see our services section or click on a category below for more information.

Be certain that your nearest and dearest know your wishes in the event of your death. By using our Will Writing Surrey based services, you can rest assured all the key areas are covered and your final wishes will be carried out correctly.

A Lasting Power of Attorney (LPA) is a document that allows someone else to make a decision on your behalf if you can’t make one for yourself. Make sure your partner, wife or close relatives have the ability to carry out your wishes if you become unable.

The death of a close relative or loved one can extremely stressful. There are so many jobs and tasks to complete while you try and deal with personal grief. Let us deal with the formalities of Estate Administration for you and your family at this emotional time.

One in three of us will need long term care of some sort in our later years.We can help you create a care plan for the future ensuring other people understand exactly what you want and need.

Our team are based both locally in Harrogate and throughout the UK. We are rated as one of the UK’s leading Will Writing and Estate Administration Firms. 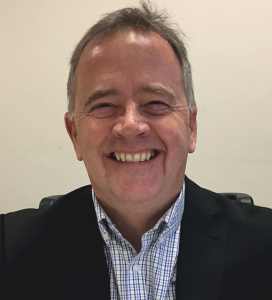 Simon HughesArea Director
Simon received a BSc ( Hons) in Horticulture from the University of Bath in 1982.
The following year he moved to Le Havre in France to join an American company involved with shipping fresh foods to former French colonies all over the world.
After returning to the UK in 1986 he began a career in retail, first working for Asda in Leeds as a Produce Technologist and then Food Buyer. Following this, he took on a role with Netto Foodstores, based in Pontefract, as a Business Unit Controller for the Fresh & Frozen divisions where he worked for nearly 20 years.

After leaving Netto in 2011,he moved into Category Management of fresh foods within the Convenience sector of the food retailing market, most recently working for Costcutter Supermarkets Group based in York. Simon lives in Pannal nr Harrogate and is married to Sarah. They have one daughter, Roseann.

We have years of experience assisting clients to plan their estates, making sure your assets are distributed to loved ones and plan for when you may not be able to make decisions for yourself.

We have brought the professional practices used in financial services to will writing to ensure the very highest level of professionalism when dealing with your estate planning matters.

All of our advisers have undergone the most rigorous training, and the staff we employ to draft your documents are properly trained. Our service is regulated by the Society of Will Writers, the Estate planners Network and the Institute of Paralegals.

How can we help?

If you have a question the quickest way to get an answer is to call us on
01423 589 259. If you want to contact us by e-mail please fill out and send the below form and we will respond within 24 hours.